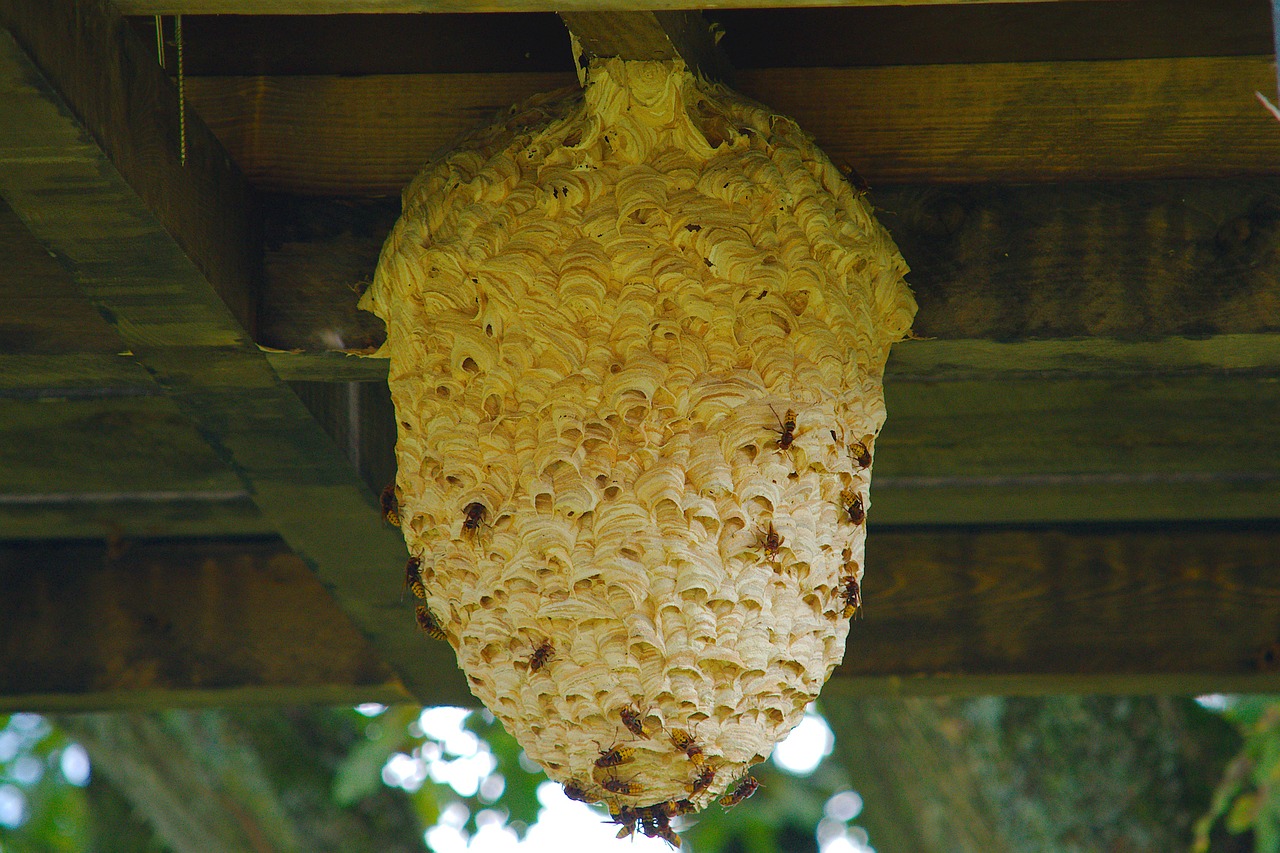 We’ve been called out several times by alarmed parents when they spot a lot of wasp activity near the children’s playhouses and other outdoor play equipment.  We’ve seen wasps’ nests being built in:

Wasps seem to be attracted to the underside corners and start forming nests which will be very small – only the size of a ping pong ball – to start with.  This is why they can often go unnoticed for a few weeks.  However, they do grow quickly if left unattended.

A queen wasp will be extremely busy at the start of the season – usually April time – building the nest and laying up to 20 eggs which she then feeds and nourishes into larvae which then hatch and start the cycle all over.  The Queen then becomes a ‘laying machine’ doing nothing else except lay eggs.  That’s why a tennis ball size wasp nest becomes a football size in just a few weeks.  This continues to the end of the season – usually about October time.

There has been a lot publicity recently about how valuable wasps are as pollinators and we would never dispute that.  Wasps’ nests and activity in non-built up areas should always be left alone.  But wasps haven’t yet worked out what habitat is safe for them so that’s when they choose places like the children’s outdoor play equipment – they know no better.

Sheds are another favourite spot and it won’t be the first
time a youngster has opened the shed door to fetch their bike and been suddenly
faced with some angry wasps.

Stings hurt, they can also kill

Wasps sting when disturbed – it’s nature.  Unlike Bees, they can sting and sting again.  Stings at their least are very painful, stings at their worst can cause anaphylactic shock.

If you don’t want your children stung we do urge you to check everywhere in the garden – especially inside children’s playhouses or underneath equipment and in sheds.  If you see the telltale paper looking ball, contact us.  We’ll advise then deal with the problem if that is the correct course of action.