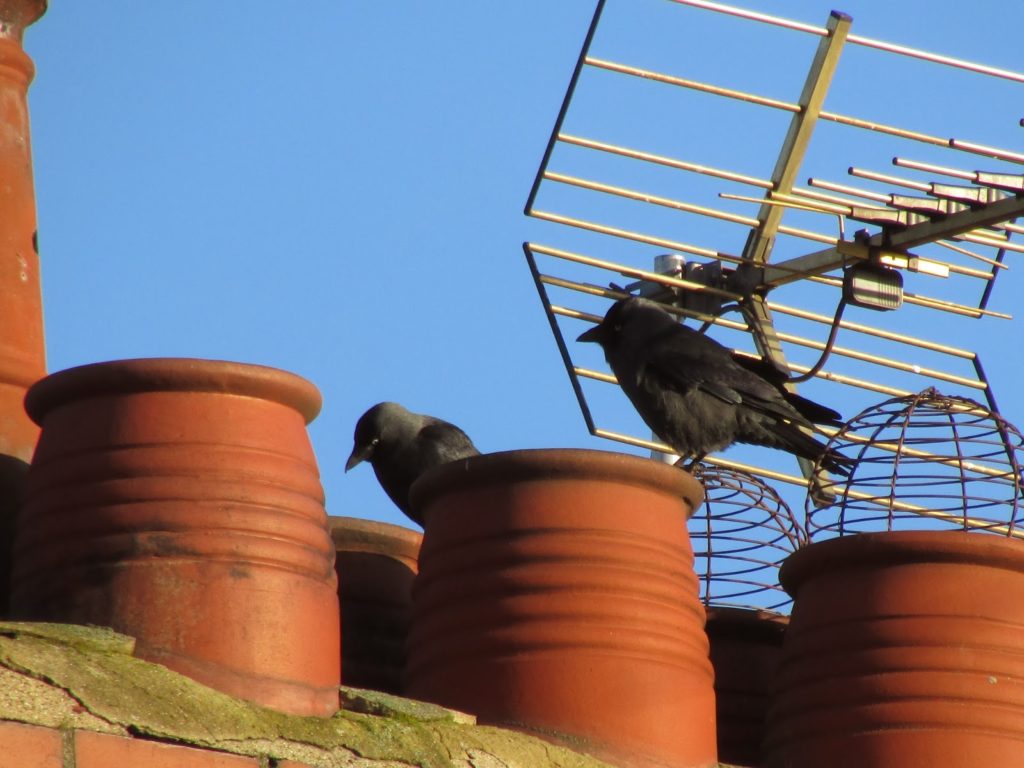 Chimney guards have become a common sight on both domestic and commercial chimney pots.   As Bird Control measure they will usually be provided to stop pigeons or birds entering the pot.  They are also a means of preventing debris such as leaves and twigs building up inside the chimney.

Chimney cowls are marketed to stop pigeons or gulls but can be used to control most species of medium and large birds. 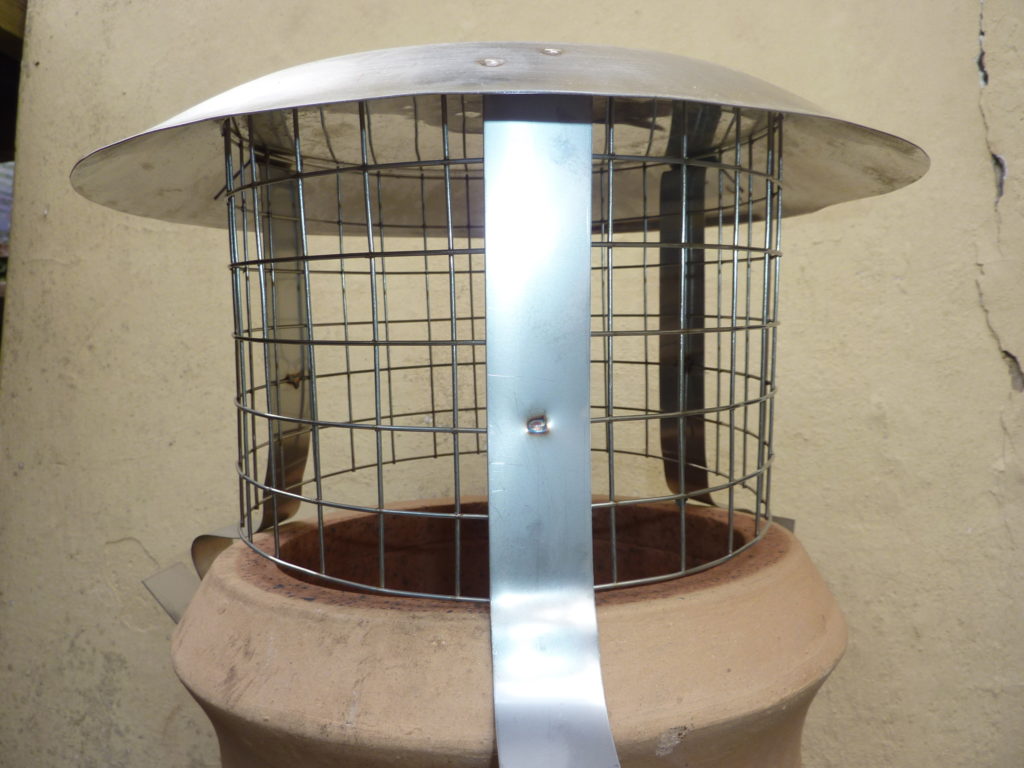