Grey Squirrels – not cute. They are an invasive pest 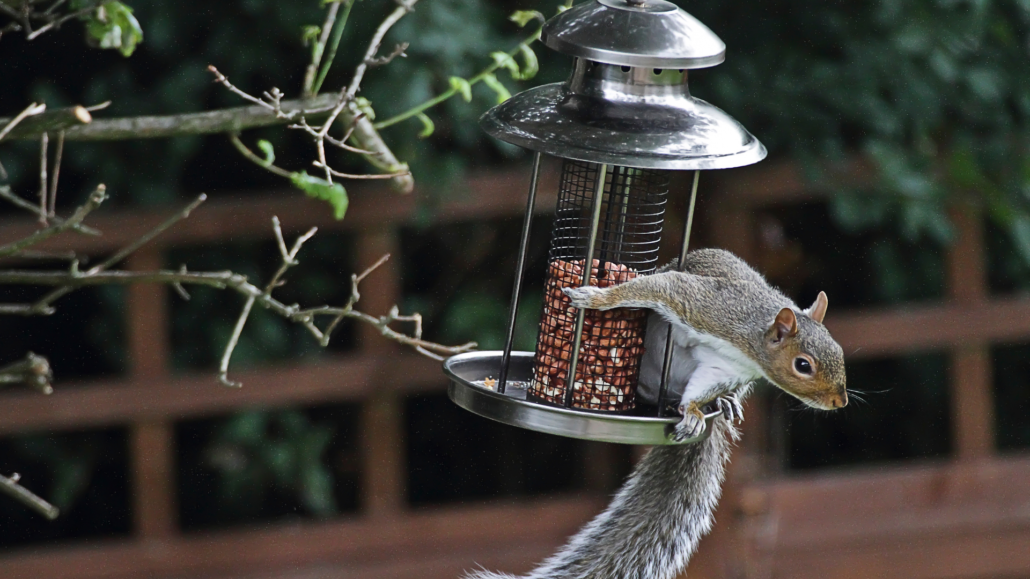 The birds are singing in the morning and spring is in the air. You might have been tempted to put out a bird feeder; and if you did, you might have laughed as a grey squirrel did acrobatics to try and get to the seeds before the birds. Those escapades fill hundreds of social media videos, and at first glance they are entertaining.

The reality of squirrels

But there is a reason why grey squirrels are the cause of thousands of call outs to pest controllers every year. They can and will cause damage to your home – and for some, the noise they can make at night becomes a real distress.

Grey squirrels are an invasive pest. They are common, and  in most of the country they have replaced the native red squirrel. But grey squirrels were only introduced to the UK in the 1870’s from North America.

Today, the grey squirrel is classed as an Invasive Alien Species (IAS) in the UK, and is acknowledged to be in the top 100 worst invasive pest species in the world: a rating given by the International Union for Conservation of Nature (IUCN).

Because grey squirrels are an invasive pest species, any person who catches a grey squirrel alive is legally obliged to humanely dispatch it.

There are three reasons we control grey squirrels:

When they enter roof spaces Grey squirrels can gnaw on woodwork and ceilings, strip insulation from electrical wires and even tear up fibreglass insulation. Their urine and droppings can even contaminate cold water tanks.

Grey squirrels strip bark at the base of trees, particularly beech, oak and chestnut, which can weaken the tree and they prey on eggs and fledgling birds.

Save our native reds

Signs to look out for around your property

There are seven danger signs to watch out for:

If you’ve noticed a few of these signs, then it might be time to call us.

It’s a lot of squirrels

Grey squirrels usually have two litters a year, in early spring and summer with three to seven kittens on each occasion. Females can live up to five years, with male squirrels averaging around two to three years.

Prevention can be tried but often is ineffective – given those acrobatic skills we so love to watch on YouTube! But do cut back trees or branches so they don’t overhang a building and block gaps and entrance holes with mesh or metal plates.

Traps are available online, however not every rodent trap is authorised to control squirrels. Any squirrel you catch alive would have to be killed, as per the Wildlife and Countryside Act 1981

Any squirrel that you kill would have to be done humanely and this can be very distressing: it’s best to call in the professionals.

Remember: you must not use live capture traps to remove a grey squirrel from your property in order to release it elsewhere. As an invasive species, it is against the law.

It’s time to call us before the whole troop move in.